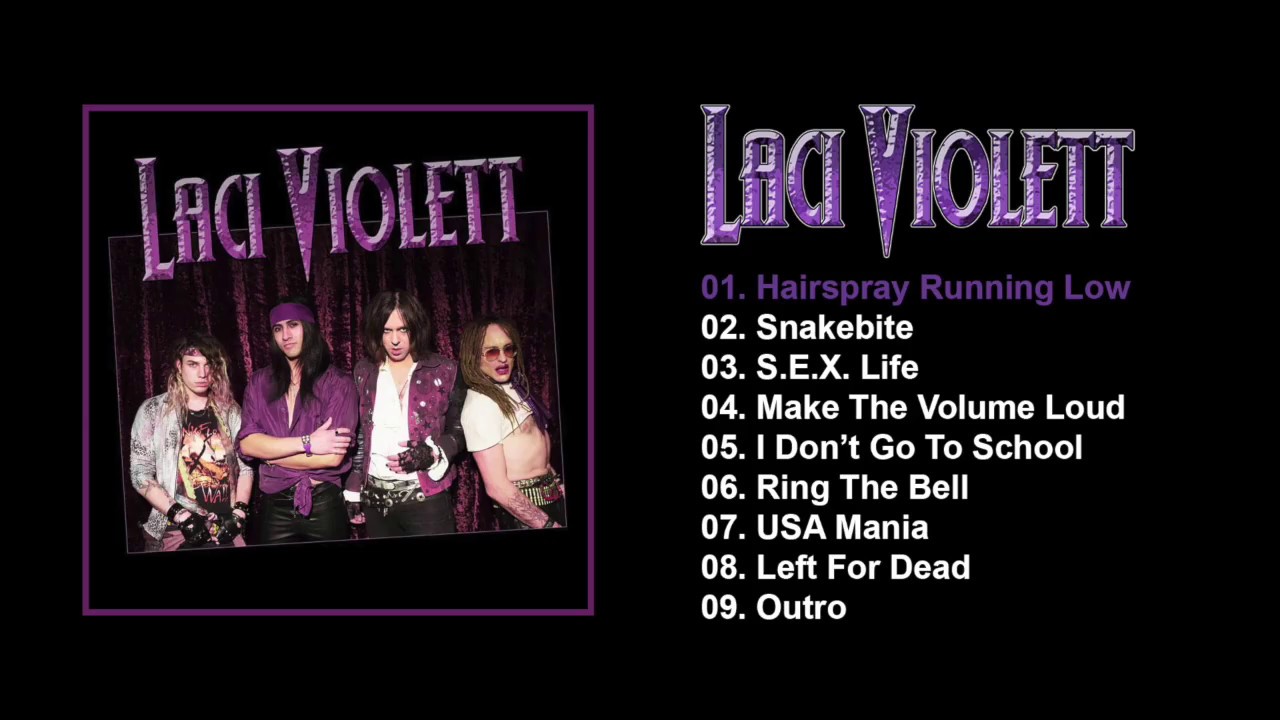 Only so often in a time and place does something occur truly twice and Laci Violett may just be the SECOND COMING of hair metal!!! Laci's catchy melodies and ironclad grooves combined with their truly brilliant tune-smithing brings a fresh take on hair metal (maybe the freshest yet), even more so than many of both their heavier and smoother predecessors.

At first glimpse, Lizzy Lace singing is like a laid back Overkill, an arrogant cooing that morphs into primeval-Ozzy Osbourne style scream! While Eddie Bane's exotic-modal shred solos and rhythmic chugs leave little more to be desired from a hair metal guitarist! Songs like "I Don't Go to School", "Snakebite", and "Ring the Bell" tell the controversial story of two bay area hair metal luminaries who upon chance meeting became renegades of the California music scene.

S.E.X. Life definitely proved to have my favorite guitar solo, both beautiful and extensive. Lizzy's low end tirelessly keeps up the punch to some spectacular heavy drum beats (also primeval). The production has the complexity of a Def Leppard album but with the subtly of 80s ZZ Top. The songs bring a level of unpredictability in the chord structures, which might at first seem unfamiliar in a genre commonly steeped in blues and power pop but gives Laci a purple hair metal world of its own.

Overall, this is really a timely and spectacular rock 'n' roll album in a classic, decadent rock fashion. Some one got it right and it was Laci Violett.

The complexity of this song is that in the chorus the singer claims to not go to school but in all the verses he's in school somehow!

CDs AVAILABLE AT LACIVIOLETT.COM
LISTEN TO LACI VIOLETT AT BANDCAMP!!
Posted by doubletime at 5:59 PM

A place for rain, forests, arts, leisure, and entertainment.
Joe "Digital Quicksand" Berns - editor - joe@askjoeberns.com
(if you'd like us to review your music or to write for/with us contact the e-mail above..!)
Jamband Josh - head writer - ..?
I'm around...